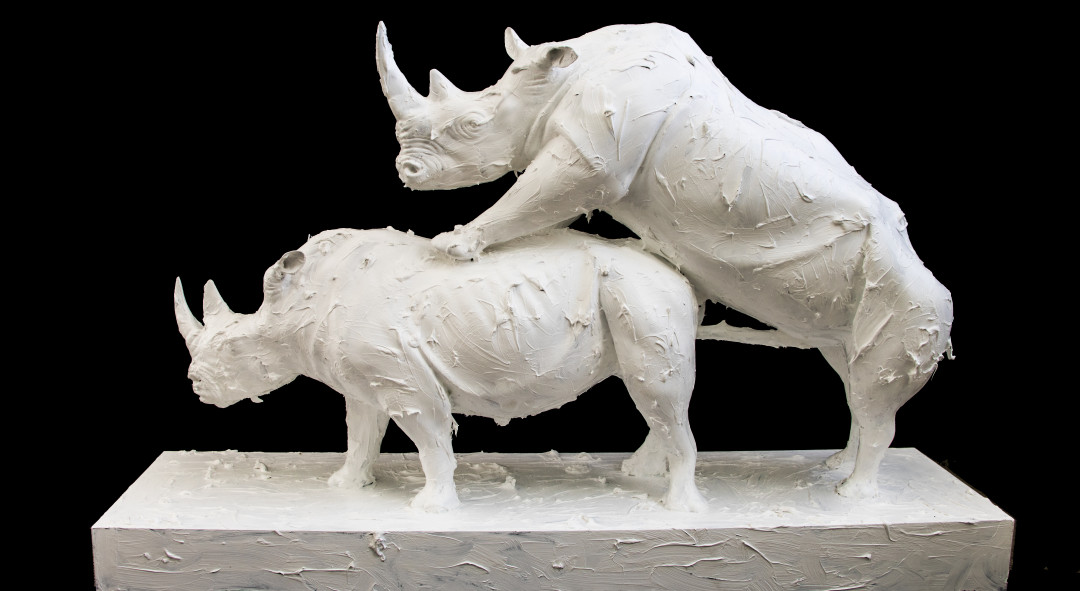 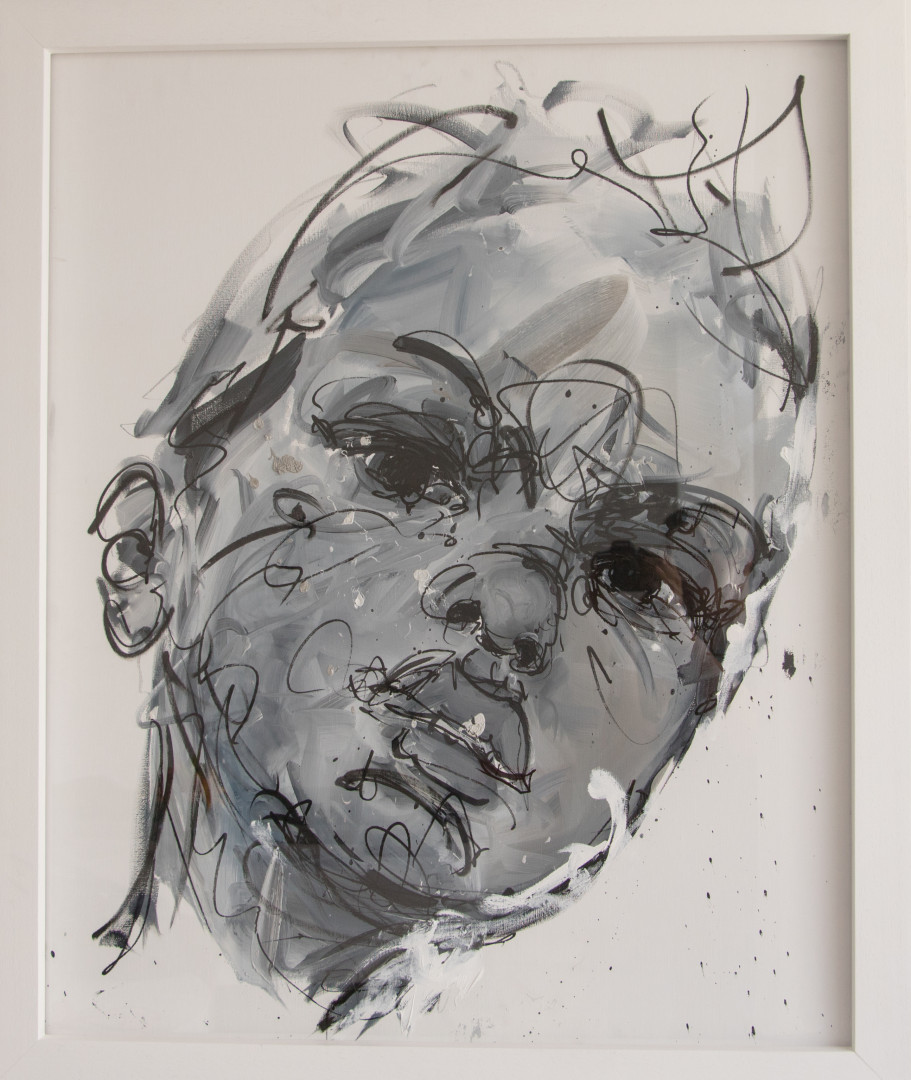 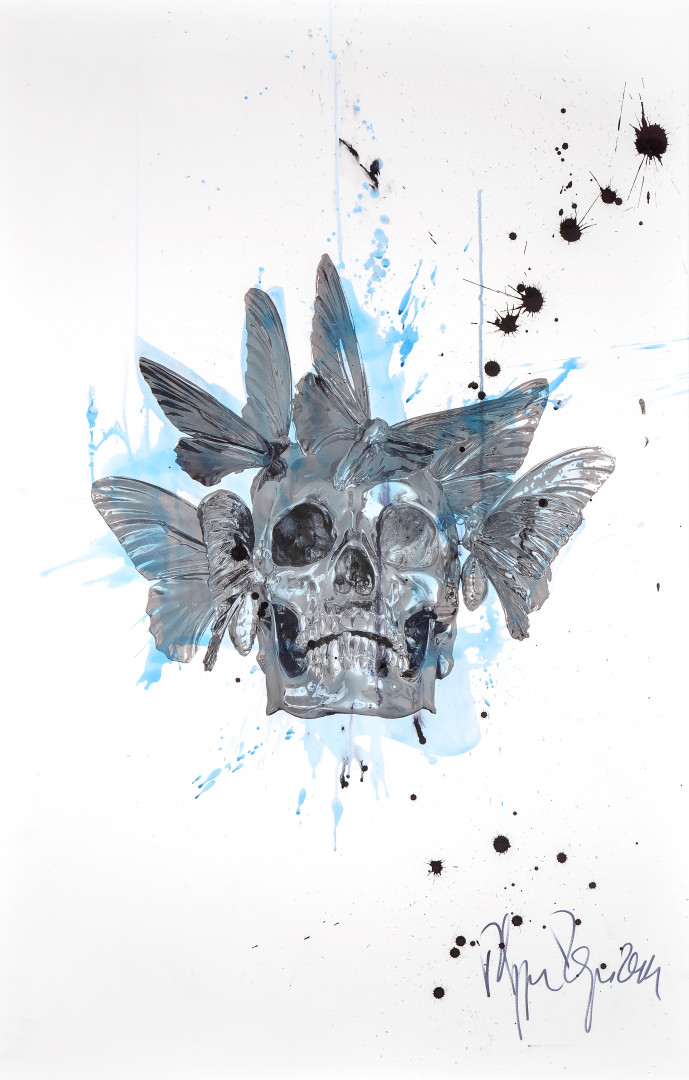 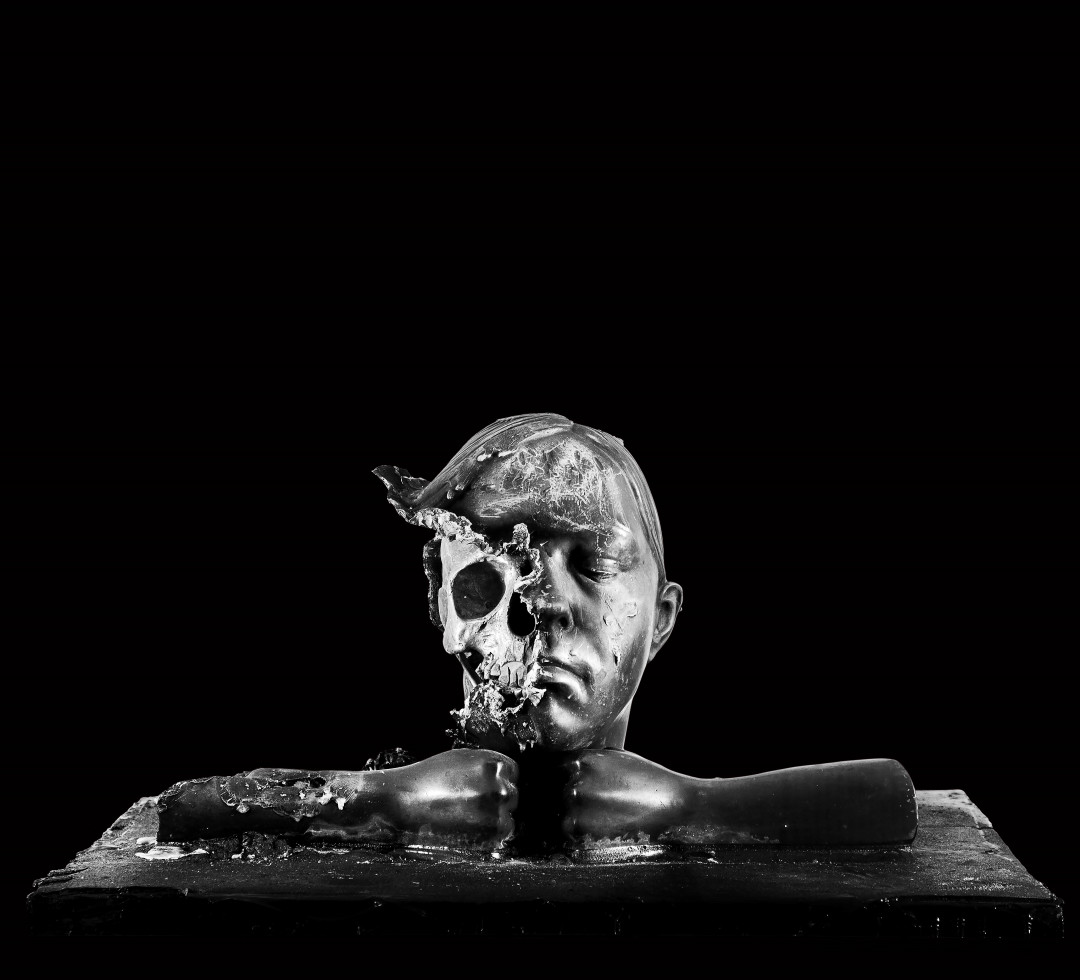 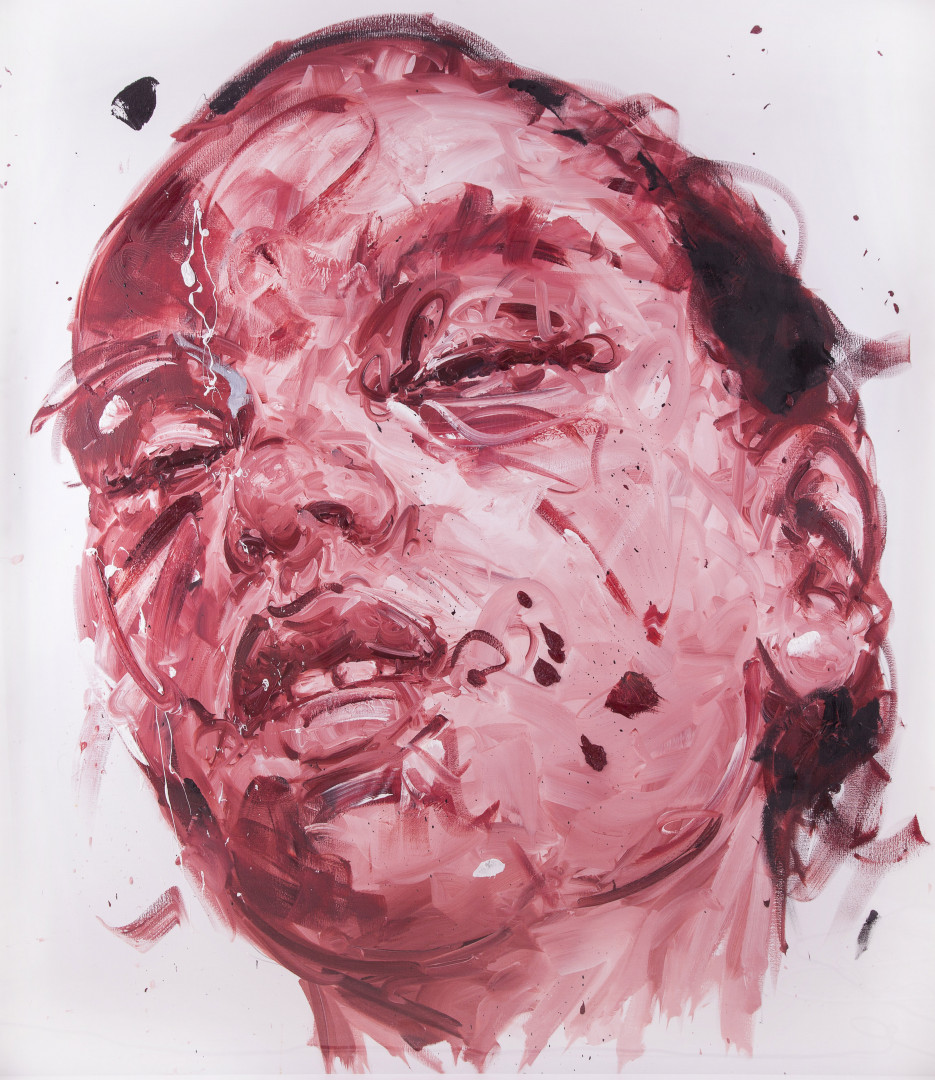 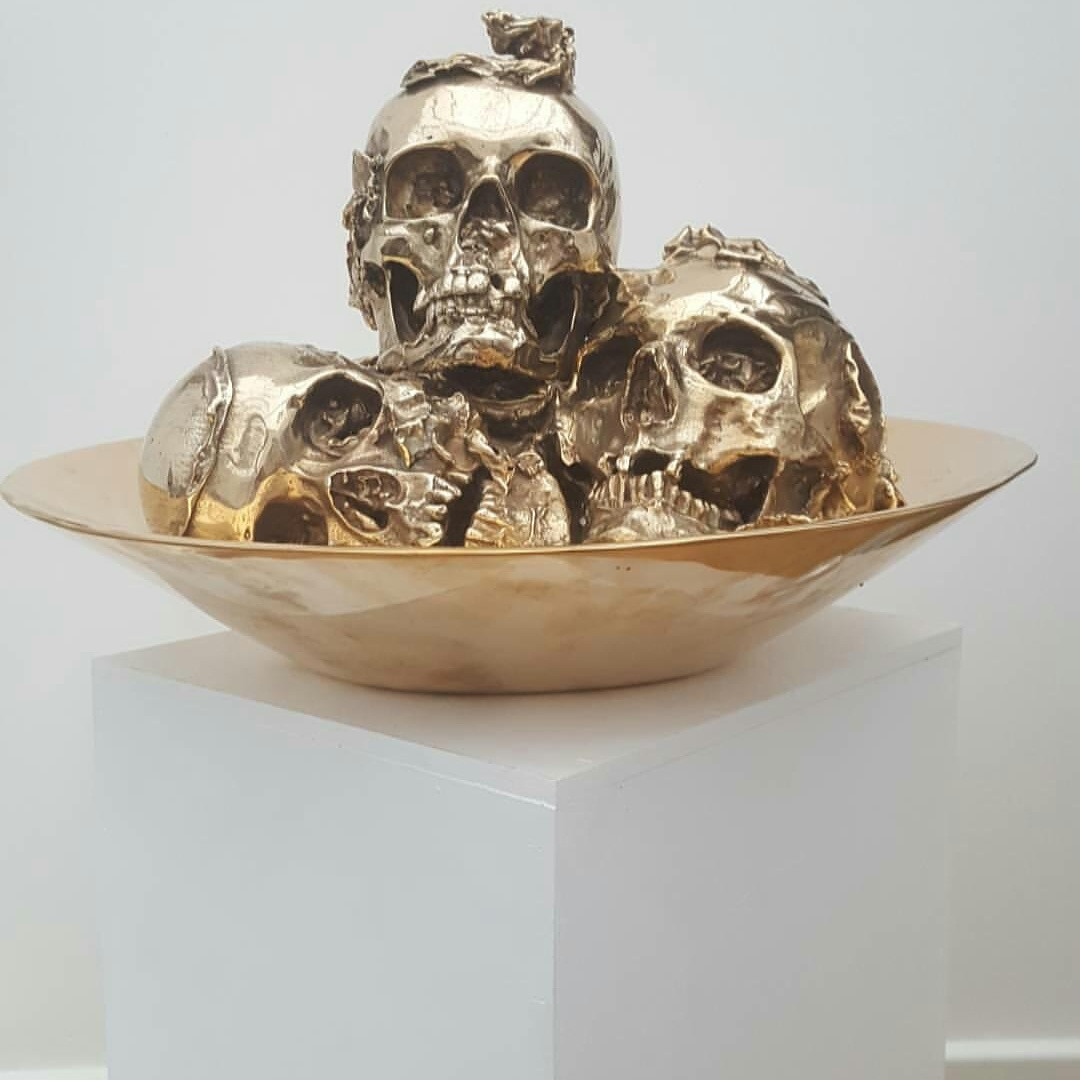 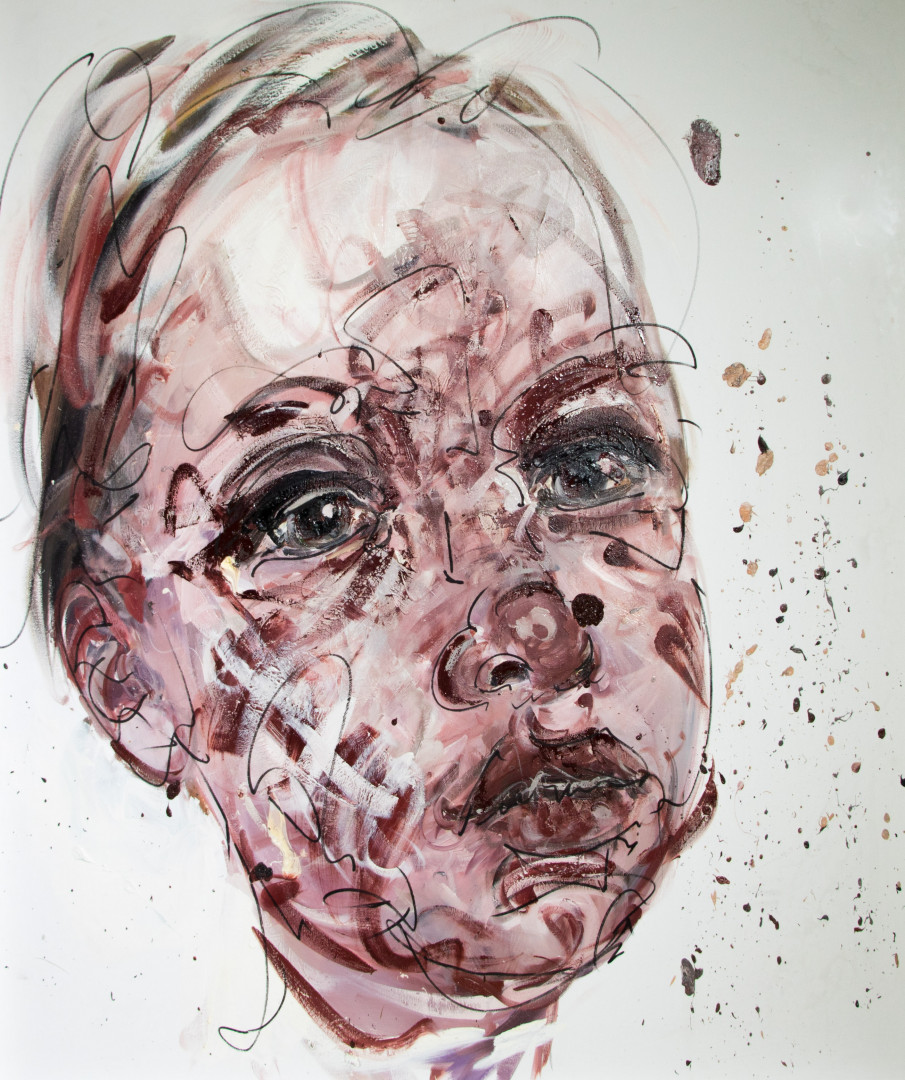 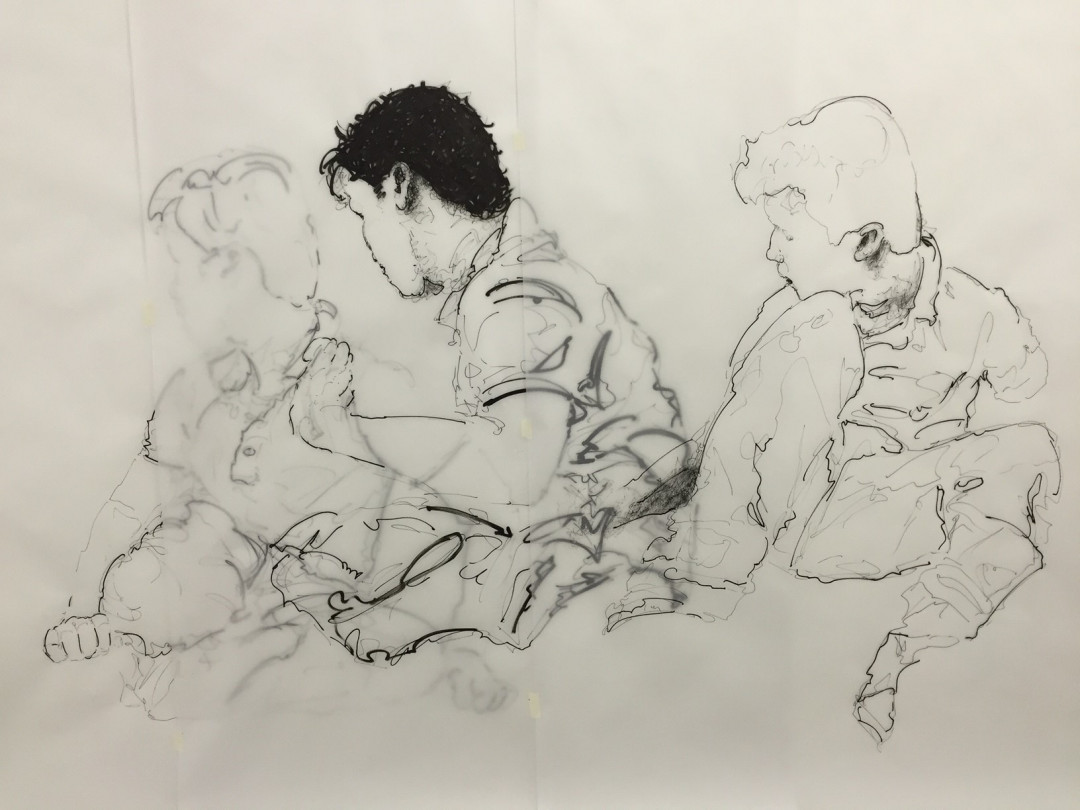 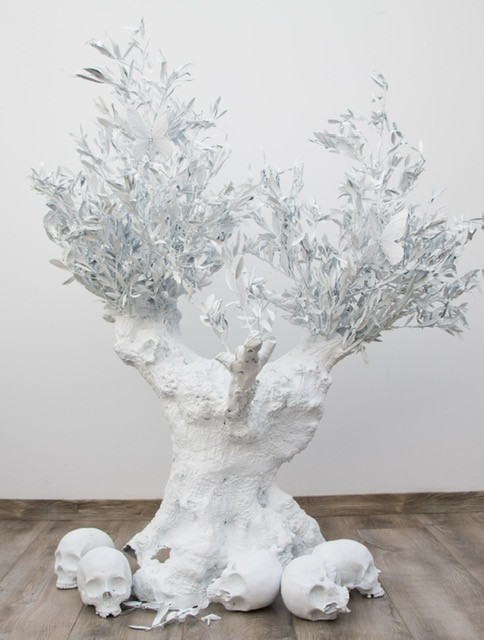 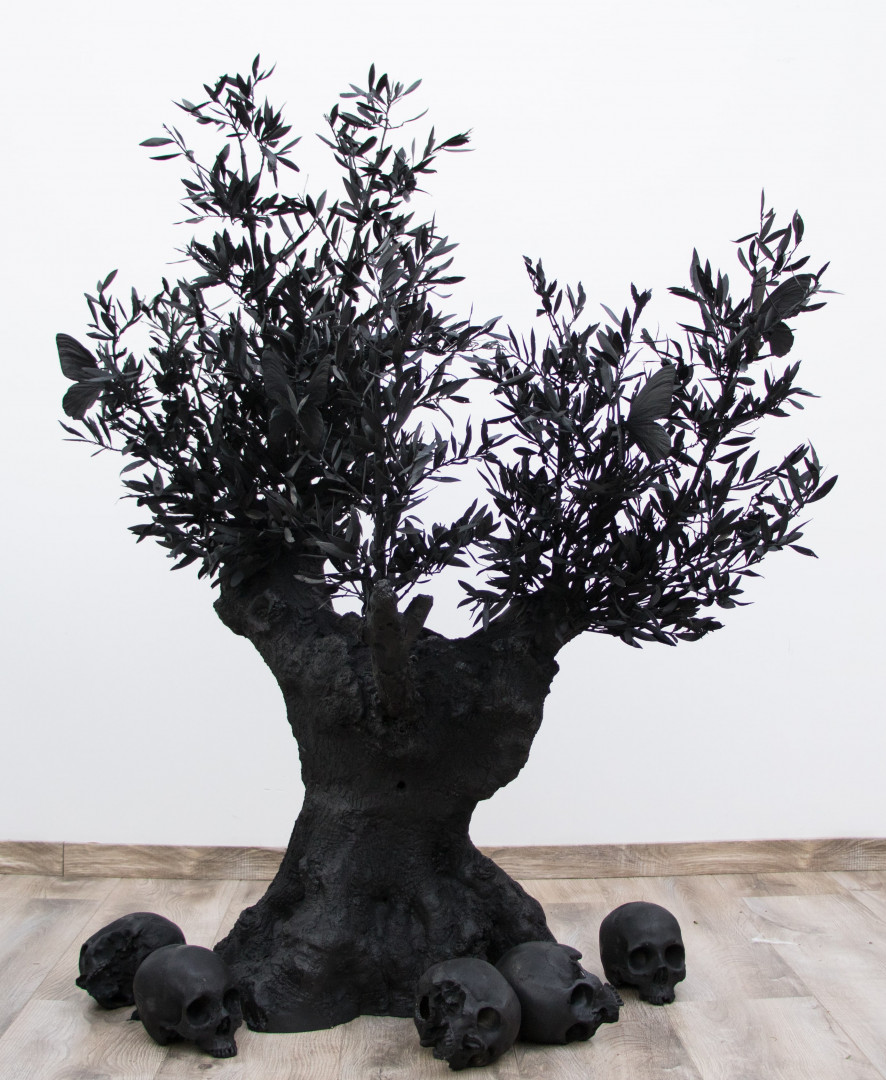 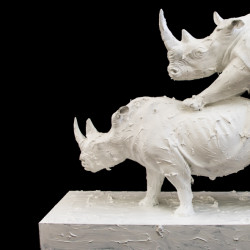 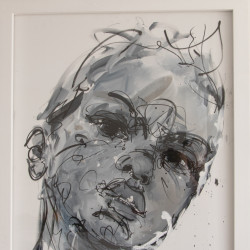 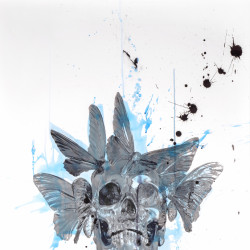 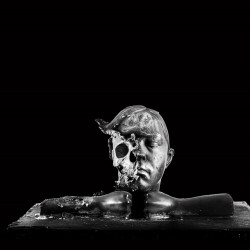 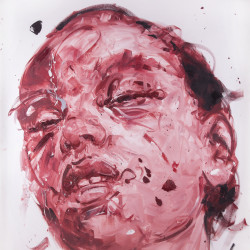 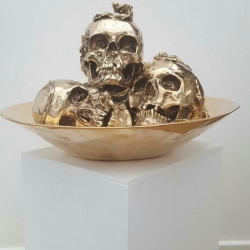 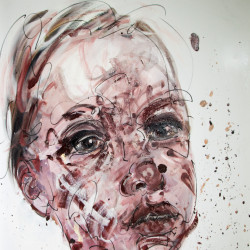 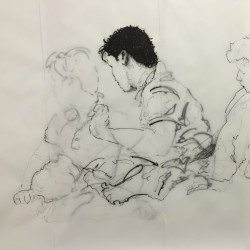 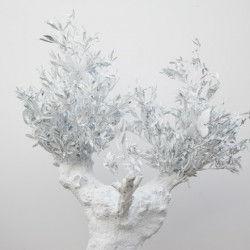 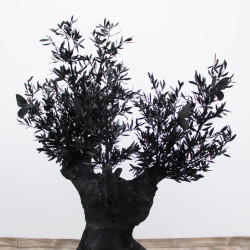 Born in Grasse in 1965, self-taught French sculptor and painter Philippe Pasqua began painting at the age of 17 after being deeply struck by a reproduction of one of Francis Bacon’s paintings. The influence of Lucian Freud's work also helped construct his vision of a world of troubled and troubling characters, their faces marked or misshapen. The fragility of the madman and the difference of disability are recurring themes that haunt his work.

As a sculptor, he has been exploring the topic of vanitas since 1987. His concern: to find the essence of humanity through what remains of it beyond life.

He works on representing the material that composes it, the cladding of flesh and bone as mortal as it is timeless: the eternity of the matrix. According to Pasqua: "The skeleton, the skull, it is precisely what I can never see or paint but what carries the flesh."

The artist’s powerful style, both in painting and sculpture, asserts itself in a fantastical and esoteric universe that transcends a child's anguish at the violence of the world, their questioning of the beauty in the ugly, their incomprehension before the irreversible destruction of nature underway.

Over the years, Pasqua has established himself as a major artist on the international cultural scene. His thought-provoking art impresses and disrupts. His works are on display all over the world, in New York, Moscow, Hong Kong, Mexico City, London and Hamburg. Since his first show in Paris in 1990, he has had international exhibitions in the United States, Russia, Taiwan, Hong Kong, London, Israel, Lebanon and Italy. Testifying to the interest he creates, his work has been featured in publications including Le Monde Magazine, the New York Times, Current Art, Vogue Brazil, T echnikart specials and others.

Pasqua uses his art to explore the palette of his emotions and give them a collective dimension. With his acute gaze, he pierces the tumult of history, going from ancient times to breaking news. He speaks of the depletion of the earth, species disappearing, as well as the grandeur of the universe.

His paintings tell the story of humanity. Ugliness and beauty intersect and his models become icons: disabled children, transgender people, prostitutes or his own family members. All reflect the universal. The intensity of their gazes, the strength of their expressions permeate his paintings. On a technical level,Pasqua displays the same mastery of his distinct style whether drawing or painting, in collage or sculpture.

In 1999, Pasqua took up the concept of vanitas in sculpture: he interpreted the subject of the
human skull, which he adorned with precious materials and fragile butterflies. The ephemeral and the inconstancy of existence are confronted with the eternal.

In the last couple years, the evolution of the world and its species has become the subject of the artist’s concerns. The theories of Darwin of contemporary scientists, connected with the notion of the sacred - almost the religious - have inspired such works as Golgotha and the Last Supper.

Allégoria comes from the Greek name allêgorein. It means "speaking by the image". As Philippe Pasqua said in an interview with Henri-François Debailleux, art critic: "I wanted to emphasize that my works are allegories of what we see in reality, and I wanted to highlight this aspect that is very important in my work. "

The work of Philippe Pasqua exploits all ranges of feelings, going from one extreme to the other.

While some of the works are very tender and reflect a deep empathy with their models, others reflect a darker, sometimes more primitive aspect, or develop an almost childish humor. Whatever they are (monumental works, paintings or sculptures), his creations do not leave you indifferent, and enable you to see through the eyes of an artist with great sensitivity.

"Sculpture brings an important thing to Pasqua's work: storytelling. When his paintings reflect the personality of the model, an emotion that he captures or reveal what is hiding behind this world of appearances (an obsession with him," see whats exists under the skin "), his sculptures tell us stories." Stéphanie Pioda, art historian

For any question or order, please send an email to: contact@krystelannart.com 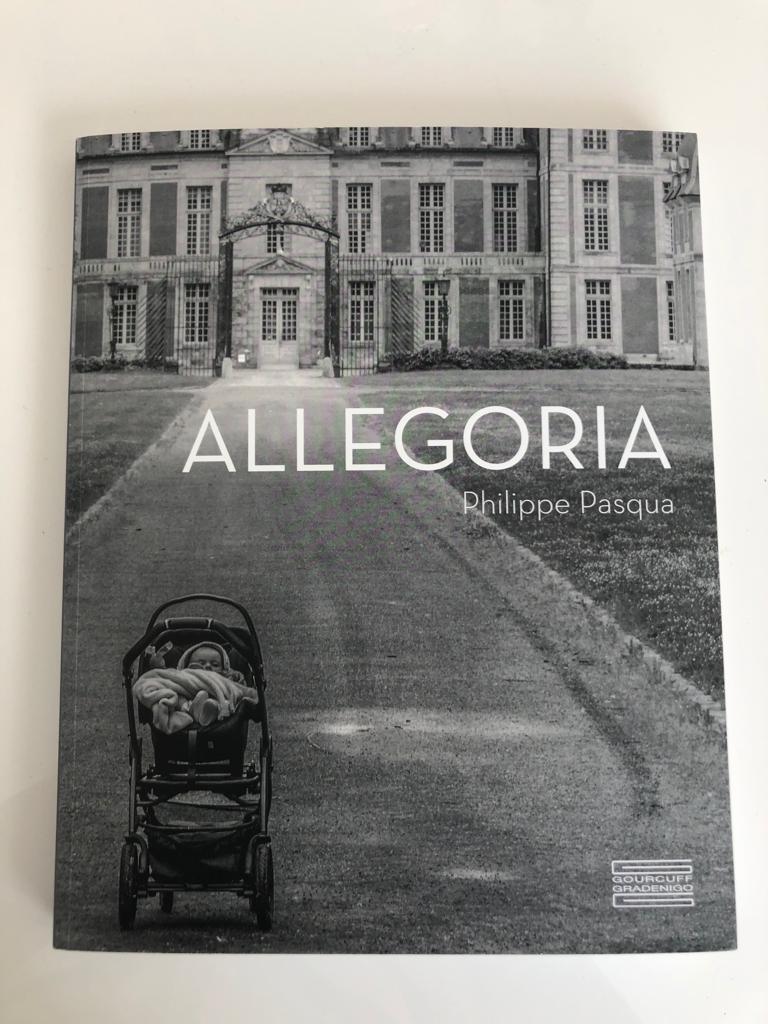 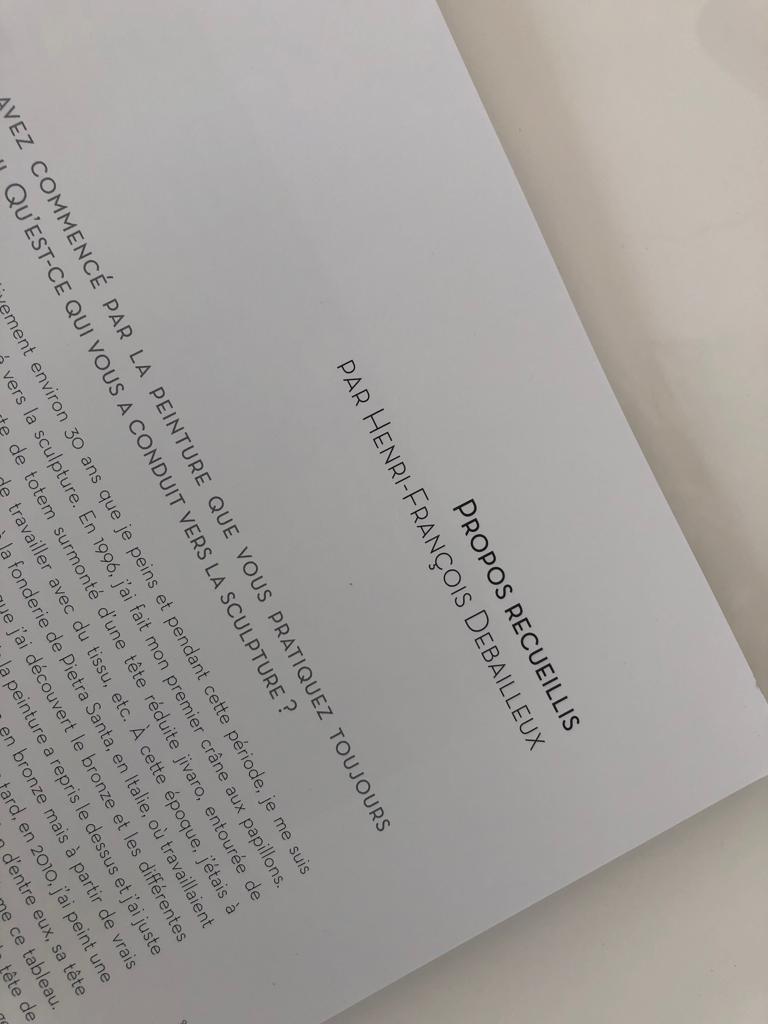 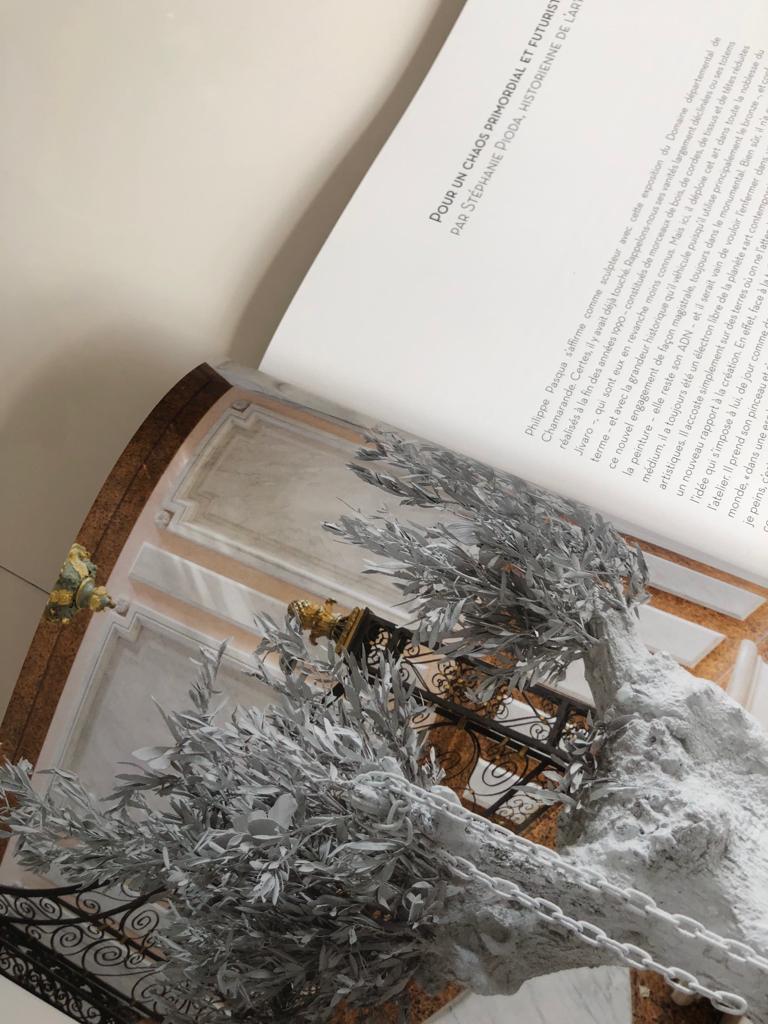 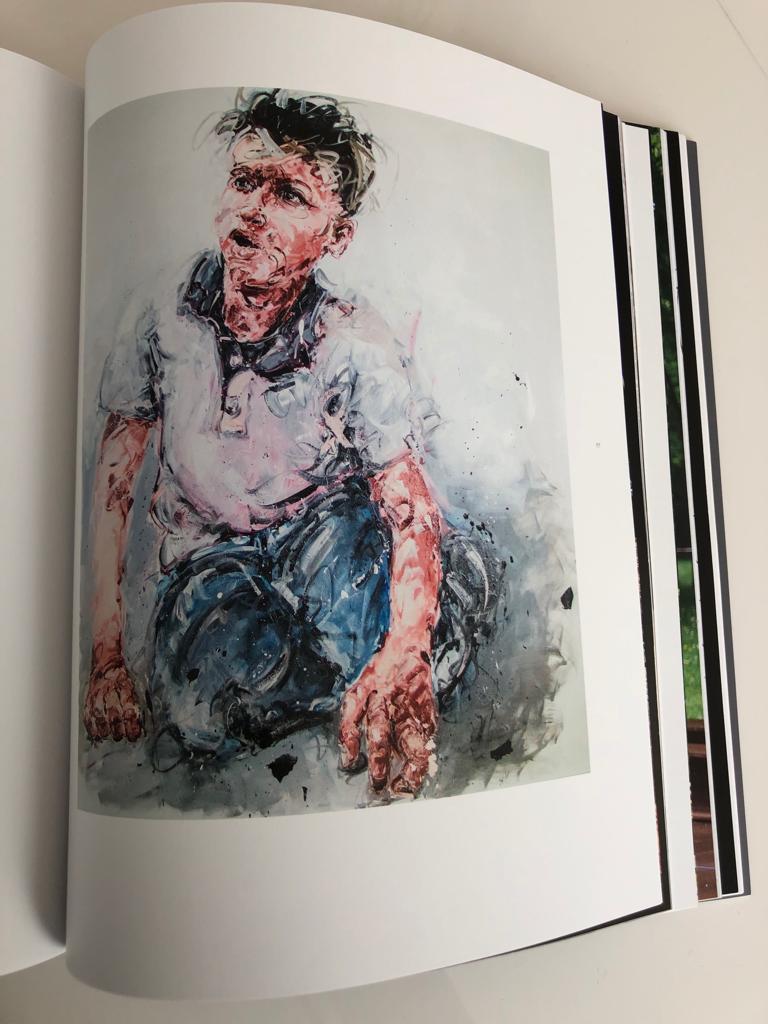 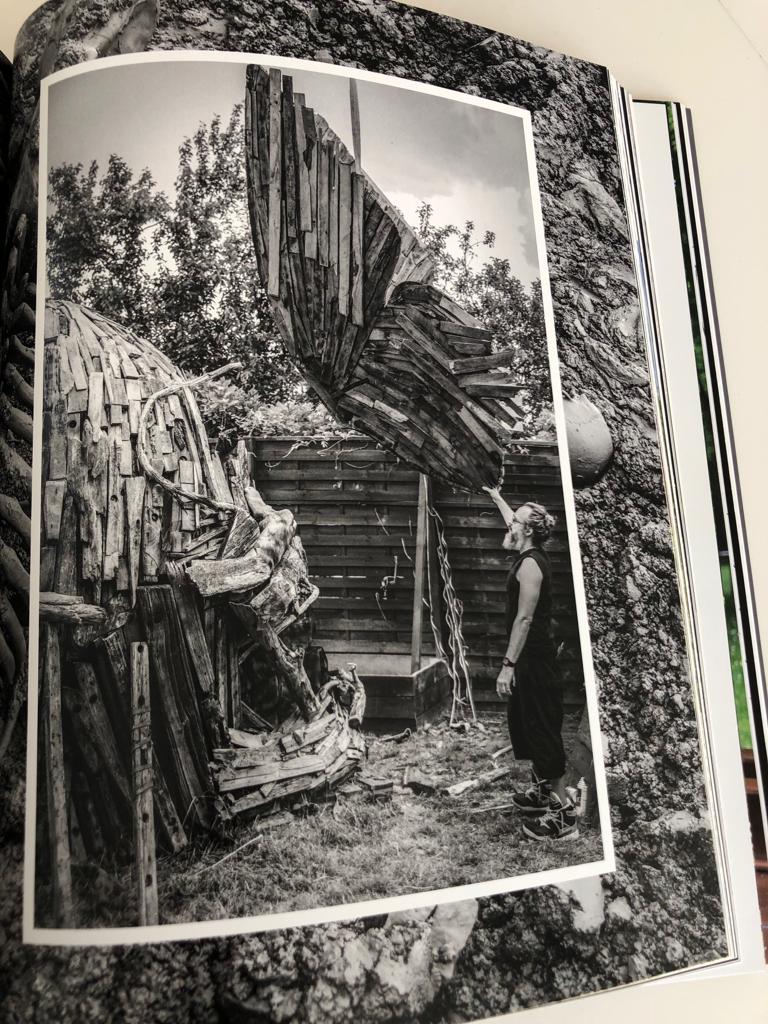 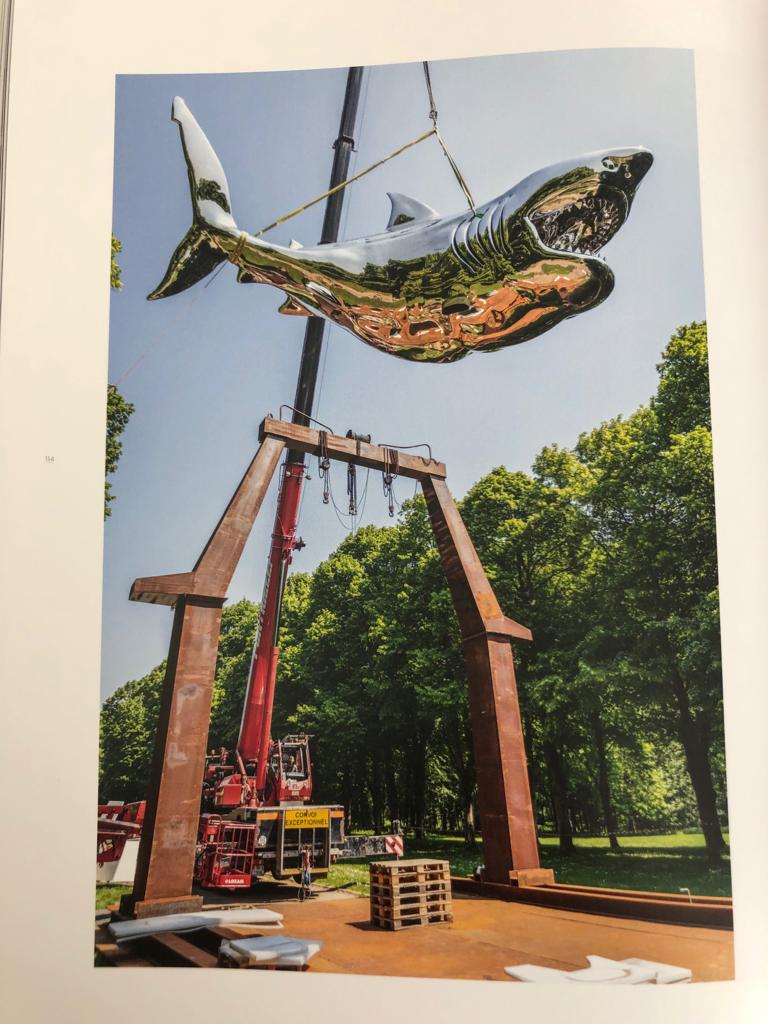 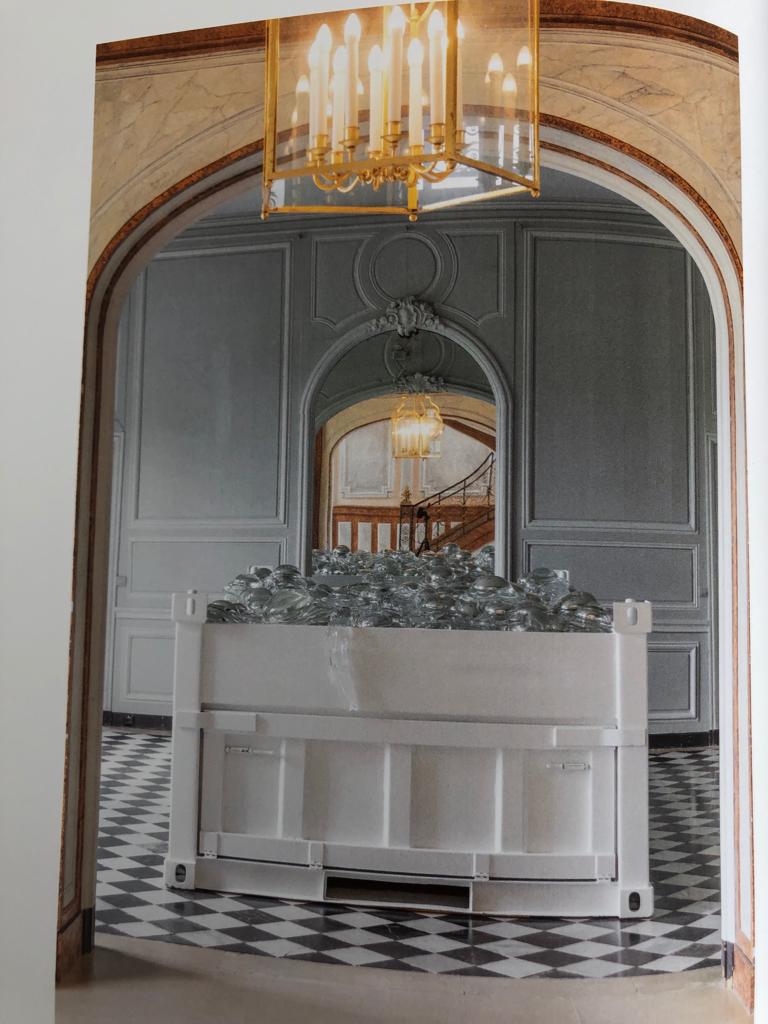 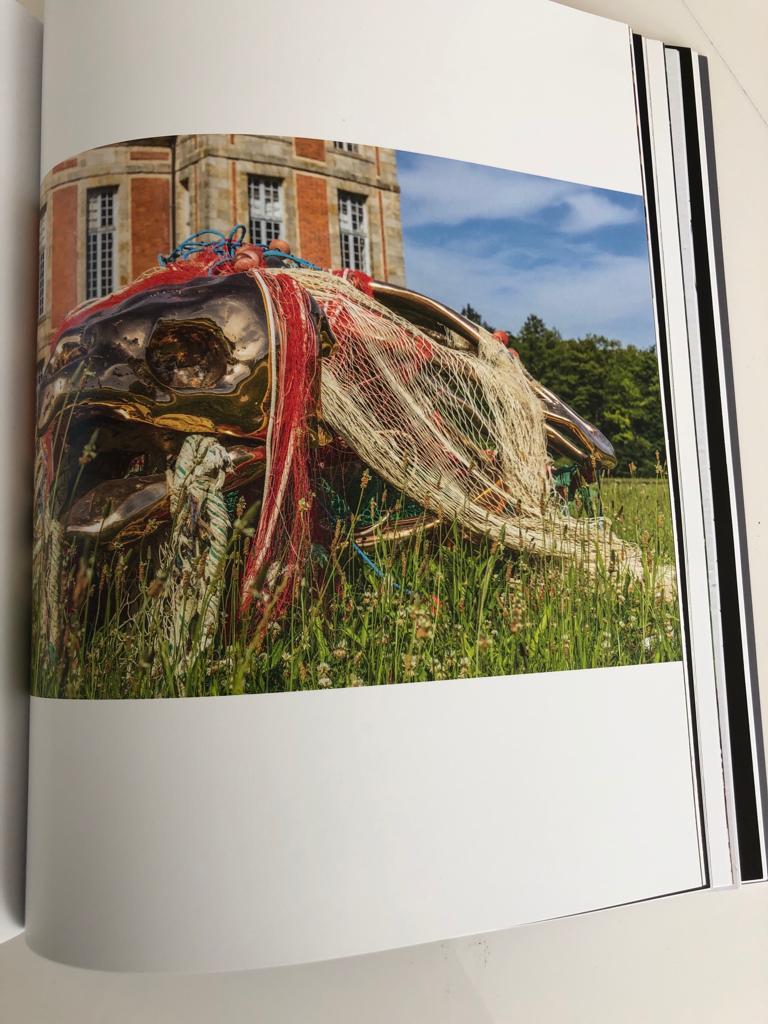 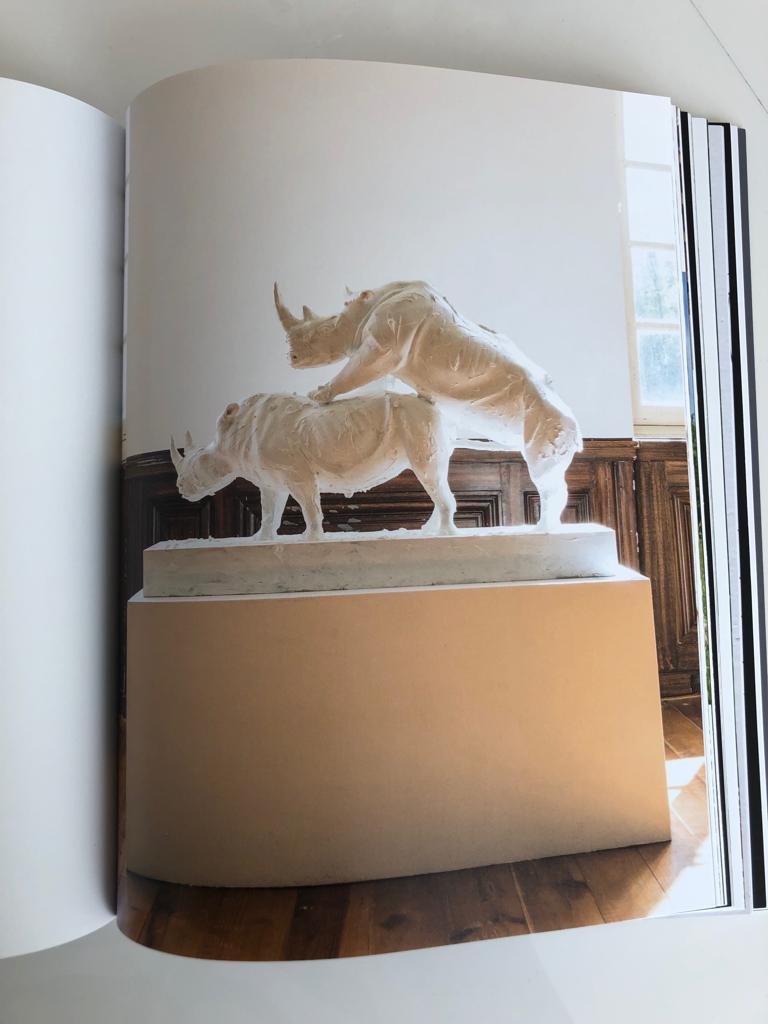